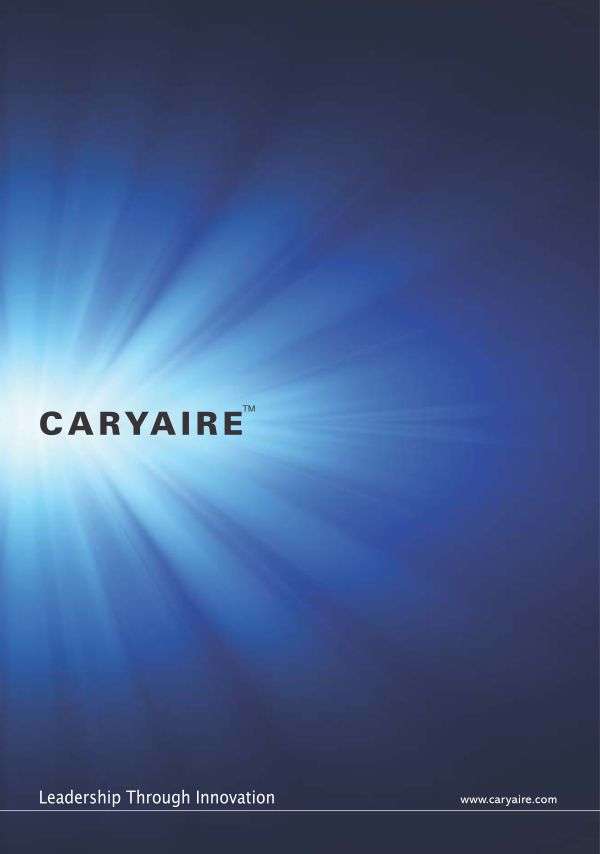 Caryaire Equipments India Pvt. Ltd. (Caryaire) was established in October, 1989 by a visionary HVAC professional, Mr Anil Maheshwari. In 1990, the first products to roll out from the modest manufacturing plant in NOIDA, were extruded aluminum grills and diffusers. Caryaire’s product quality and service set it apart from all its competition, and soon it became the benchmark for this product line in the Industry. Encouraged by the confidence shown by its customers, new products like Low Leakage Geared Driven Damper, Fire Damper with Fusible Links and Smoke & Fire Control Damper with Motorized Actuator, were introduced in India in the year 1991.

In 1993, Caryaire introduced Double Skin Air Handling Units in India. This Product line went on to become a full-fledged Division and soon the acronym “AHU” became synonymous with “Caryaire”

During the next few years, Caryaire continued to consolidate its product offering with continuous technology upgradation in above products along with introduction of many new products in Indian market such as International range of Centrifugal fans, Inline Fans, VAV Diffusers etc. It steadily climbed into a leadership position, by being a trusted, admired & preferred manufacturing and engineering partner for its Customers

By 2003, Revenues from the distribution of Nicotra range of Fans reached a substantial figure for Caryaire, paving the way to form a Joint Venture with Nicotra SpA, Italy, named Nicotra India Pvt. Ltd. The JV brought the manufacturing of Ventilation & Air Conditioning Fans to India. The JV Company was among the first companies in India to get its product certified by Air Movement & Control Association (AMCA), a globally renowned certification body in the fan business. Since then, the JV Company continues to be regarded as a pioneer in introducing the latest products and technologies in the Indian Commercial & Industrial Fan business. To spread out into the potent Gulf Market, Caryaire formed a Joint Venture company in Dubai named Bindasmal Air System Industries (later name changed to Trosten Industries LLC) and popularized its technology of Air Handling Units in the Gulf market.

As part of its diversification strategy in India, Caryaire formed a Joint Venture company named, MM Metacraft Pvt. Ltd. in 2009 to foray into Aluminum extrusion.

In 2016, Caryaire expanded its manufacturing base on Air distribution & Ventilation products by opening a brand new manufacturing facility in Bhiwandi, Maharashtra to cater to the Western and Southern Regions as well as Exports.

Caryaire received the prestigious UL 555 and UL555S (Class 1 Leakage) Certifications for our Fire and Smoke Dampers, making it the first Indian-made Damper to receive this prized certification.

In 2017, Caryaire introduced Large Volume Low Speed (LVLS) Fans in India. It is the first such fan designed and manufactured in India.

In 2021, in line with India’s strategic shift towards Electric Vehicles and Grid based solutions, Caryaire diversified into Lithium Ion Batteries. Our Batteries received accreditation of BIS and NABL from Intertek. The state-of-art battery manufacturing facility is situated in NOIDA.

At Present, (2022) Caryaire Group has an Annual Turnover of around INR 470 Crore (USD 57 Million), with 6 factories & warehouse, spread over 215,000 sq.ft. space along with 3 Sales offices (Noida, Mumbai & Bangalore). We have a dedicated workforce of over 500 employees and the Company has over 15 Dealers, Distributors, and Representatives spread across the entire nation.

All the information contained in this website  is provided for general information and reference purpose only. Caryaire Equipments India Private Limited does not represent or  warrant the information provided in this website is complete and accurate, nor that the information is up to date. The user must verify all the details and specifications, of the product from the Company prior to concluding any decision for buying any product. In no event shall the Company, their directors, employees and agents be liable to the user for any or all damages, losses and causes of action, errors, injury, whether direct, indirect, consequential or incidental, suffered or incurred by any person/s or due to any use and/or inability to use this website or information.