After completing his graduation in Mechanical Engineering & Masters in Business Administration – Finance, Mr Sachin started his career in the Corporate Strategic Planning Group of M/s Escorts Limited, in the year 2002. In 2003, he joined his family business and has led a great growth journey for his Company along with his father, Late Mr. Anil Maheshwari, who has been a renowned technocrat. Currently, Mr. Sachin is the Managing Director for M/s Caryaire Equipments India Pvt. Ltd. Further, he has been serving as a Managing Director for the Fan Company, M/s Nicotra India Pvt Ltd, since 2004 and as a Director in the Aluminium Extrusion Company, M/s MM Metacraft Pvt. Ltd.

Mr Sachin has served as the National President of Indian Society of Heating, Refrigerating & Air Conditioning Engineers, ISHRAE in the year 2016-17. This Society is the enabler of HVAC&R industry, bringing the entire industry under one platform. He has been the youngest ever National President of ISHRAE and drove many path breaking initiatives, which earned him lot of recognition and awards.

Caryaire Group has the distinction of being a pioneer in introducing various products and technologies related with Air Distribution, Air Handling & Ventilation and setting benchmark for HVAC&R industry. Over a short span of time, the Extrusion Company has emerged being one of the prominent player in the market. Caryaire Group has also now diversified in the business of manufacturing Lithium Ion batteries 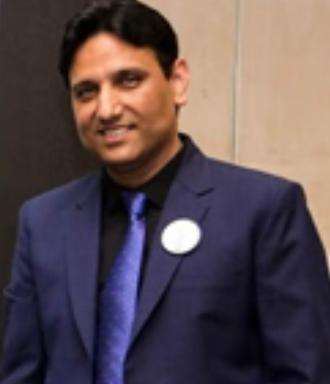 After completing his higher education as a System Analyst, Mr Shami started his career with Digital Equipment (now part of Hewlett Packard) in the year 1992 and then proceeded to migrate to Canada where he worked for a retail giant, Staples Inc, and gained valuable experience in Sales Strategies. Later he moved to Merisel Canada, a leading Technology Distributor as a Product Buyer, and then later to Dell Canada looking after the Software and Peripherals Operations. In 2005, he joined Caryaire Equipments India Pvt. Ltd. as a Director and has served on its board.

He looks after the Operations, Purchase, Marketing, Exports, Engineering and Strategic Customer Relations.

All the information contained in this website  is provided for general information and reference purpose only. Caryaire Equipments India Private Limited does not represent or  warrant the information provided in this website is complete and accurate, nor that the information is up to date. The user must verify all the details and specifications, of the product from the Company prior to concluding any decision for buying any product. In no event shall the Company, their directors, employees and agents be liable to the user for any or all damages, losses and causes of action, errors, injury, whether direct, indirect, consequential or incidental, suffered or incurred by any person/s or due to any use and/or inability to use this website or information.